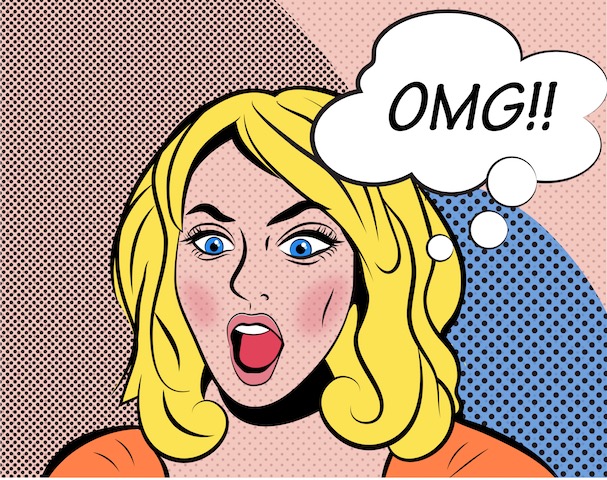 It’s all over the Internet. Proud plus size women showing their bodies and loving it. Then being slated by idiots who think they should hide in a cave until they reach an acceptable size.

Then of course there’s lovely Callie Thorpe who was cruelly trolled and mercilessly insulted by people with nothing better to do because she had the audacity to be damn proud of her photo shoot in Vogue.

Body shaming is so last decade

We’re so over it. It’s so boring and dull. Why do the fat shamers even think that they are saying anything new/ hateful, hurtful, ignorant and cruel, yes. But new, original and different? Not at all.

We are totally behind any campaign to eradicate this non-stop bullying – and body shaming extends to thin people, tall people, red-heads, disabled people, older people, trans women and men  – basically anyone who is mocked for their body or appearance.

Are we missing the real issues?

What DOES get a bit much, I think (and this is the opinion of Wingz blogger, Sarah, and not necessarily Wingz themselves) is the constant slew of articles online telling us that we’re silently body shaming people when we don’t even know we’re doing it. Even if we are fat ourselves, because, you know, small fat privilege and all that.

There’s so much offence to be taken around the world at the moment. Body shaming, gender-phobia, trans-phobia, breast feeding shaming, cultural appropriation – it seems like every day we’re being told that we can’t say something for fear of upsetting another person and it’s just making most people – even those of us it’s theoretically supposed to protect – victims.

I was at a wedding the other day, in a dress with a massive petticoat underneath it. I joked at an older lady that I felt like an over-stuffed meringue and she said to me,

Ok, I was a bit taken aback that she came out and said it, but I’m a big girl (literally) so did I get mortally offended? No. I laughed and repeated the story because it made me laugh. I am fat. There is no hiding that. She was trying to be nice. Even if the wires got a bit crossed.

What we REALLY need to get angry about…

We should probably save our ‘butt-hurt’ for people who are deliberately trying to be mean. And those who actually harm fat people by restricting our rights?

I might be ruffling a few feathers saying this and online bullying is definitely something that we should get angry about and tackle. But perhaps all the focus on ‘accidental’ fat shaming and ‘small fat privilege’ (anyone up so a size 24 is privileged because they can still buy clothes, apparently. Try clothes shopping in the town I used to live in…) is detracting from the real issues?

What do you think?