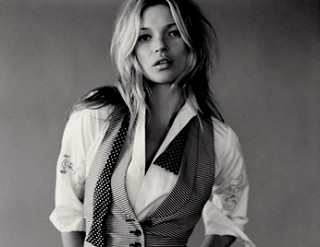 Kate Moss is a truly British supermodel – an icon who is never far from the catwalks, or indeed the news. It’s no surprise that she’s popped up with a cameo in the Ab Fab movie which is due to hit screens in the UK in July. We can’t wait!

Over the years, Kate has single-handedly revived sales of skinny jeans, made Ugg boots socially and fashionably acceptable and brought back the leopard-print coat, but if you thought that mere mortals without Kate’s enviable cheekbones and clear genetic advantage couldn’t benefit from some of her style ideas, you’d be wrong.

Dress up a plain outfit with animal print 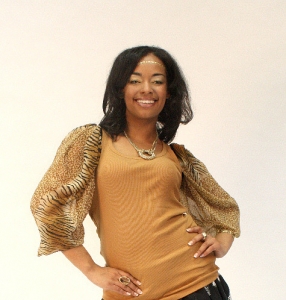 Balance a mini skirt with sleeves

It’s the supermodel version of showing legs or cleavage – Kate doesn’t really go for Rihanna style showing-it-all. Of course, she is in her forties now and while she could probably get away with flaunting her body, she chooses to be a bit classier. If she’s going to bare her legs in a short dress, she’ll often wear long sleeves with it so that she doesn’t overdo it.

Cut out shoulders are a thing this spring – of course Kate’s been doing it for years. Cleavage and legs stay under wraps while a shoulder-baring top or dress shows off a bit of skin instead. This could, of course, be due to advice from Donna Karan, who said, “The only place you never gain weight is your shoulders.”

If that outfit looks a bit, well, ordinary, do as Kate does and add a scarf. OK, hers is probably Hermes and ours probably isn’t but even an inexpensive scarf can give your look a bit of a revamp.

Mix up the textures 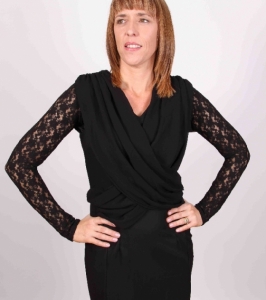 Kate does seem to be a fan of black, and while she wears it well, she knows that it can sometimes be a bit samey. Do as our favourite fashion icon does (even in the Ab Fab trailer) and add a bit of texture to a plain black outfit. Kate’s a fan of adding velvet accents or even a bit of fake fur to her all-black ensembles, or why not add some black lace sleeves or some floaty chiffon Wingz to a plain black top to give your look an instant edge?

We’ll just have to wait until later in the year for the film…but for now, here’s a sneaky peek “You KILLED Kate Moss!”…