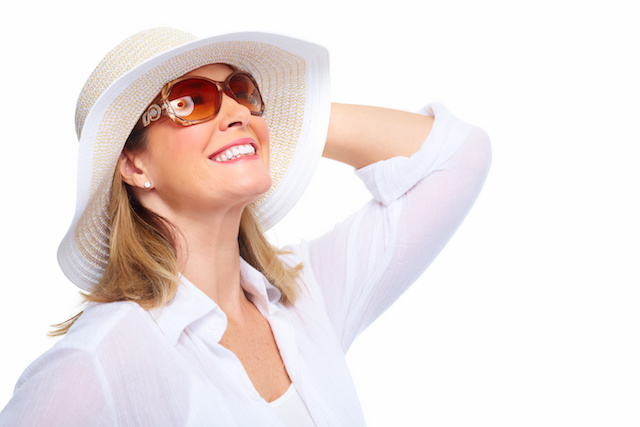 We featured the menocore trend on the Wingz Facebook page this week, because it’s a concept that intrigues us.

There’s not much about it online, but it looks like the term was dreamed up by a team of ad execs – sorry journalists at the popular fashion blog Manrepeller.

On first glance, it seems a little bit like fashion for middle aged women. BonMarche for the millennial generation. Perhaps that’s a little unfair, but on her blog, Harling Ross says that she wanted to,

“Style three looks inspired by the aesthetic of a middle-aged woman on a low-key beach vacation.”

Menocore is the new normcore, and it’s a lot more comfortable. You MIGHT even be wearing it right now. Link in bio

Right. Although this sounds pretty comfortable, to those of us who are still just about clinging to the right side of middle age, it sounds like a cop out. Do we have to embrace looking ‘comfortable’ when down deep in our fashion loving hearts we still want to be thought of as edgy?

The menocore trend – the laid back LA style

Menocore even sounds wrong – but the fashionistas of LA are branding it the next big thing, saying that it pays homage to an age bracket that is often ignored by the fashion industry. Young girls dressing up in their mum’s clothes? We’ve all been there…when we were five.

The menocore trend discards anything restrictive or uncomfortable and replaces body con, skinny jeans and pencil skirts with free-flowing lines, pattern clashes and comfort. But do we really want to take up dressing like we just want to go for a nap? Perhaps it’s a way of rejecting the constant pressure to be glamorous, to dress like a celebrity or to make ourselves uncomfortable just to look good in the photos?

The menocore trend probably isn’t for everyone and it’s not for every day. It’s for the days that you don’t want to be judged on your size or shape, those cooler, late summer and early autumn evenings where there’s a chill in the air and cosy is the way to go. According to the experts, turn to your mum for inspiration. Think yoga, linen, and tea. It’s Hygge in a capsule wardrobe. Comforting and easy-going.

If you’re looking for inspiration, think neutral, white linen, rolled-up khaki shorts and shirt cuffs, flowing chiffon Wingz and middle-aged style icons like Diane Keaton, Whoopi Goldberg and Lauren Hutton. Not your scene? It’s probably not for everyone to be fair. But sometimes, we all need a day off from trying so hard…

Remember where you heard it first!