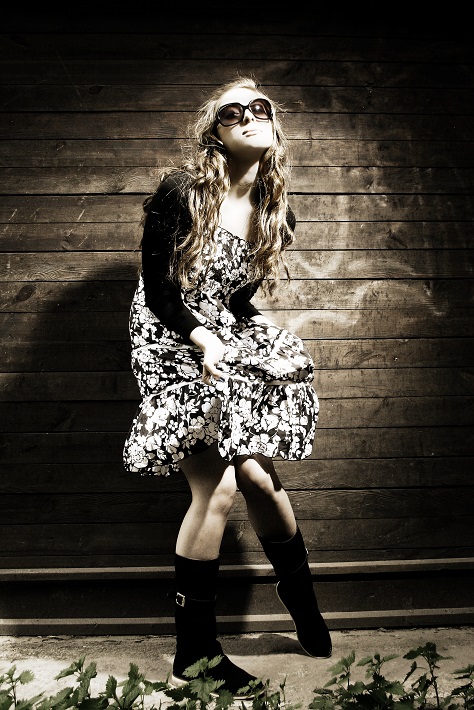 It might be hard for some of us to accept, but apparently nineties grunge fashion is back. There are those of us who still think, deep down in our hearts, that the 1990s was only a decade or so ago, and hanker after the days of Nirvana, Pearl Jam and Alice in Chains.

There were some truly atrocious fashion statements made back in the early days of grunge; this may be why the fashion trend didn’t last very long. Every now and again, someone with a penchant for nostalgia tries to bring back Courtney Love chic (this would be 1992 era Courtney Love) and suggest that we all wear baby doll nighties to work with DMs and red lipstick.

There are some elements of grunge chic that still hold appeal even in the sanitised, overdressed social media-led days of 2016, though. The strappy, floaty dress was a staple of all grunge girls, worn at everywhere from music festivals to shopping malls. It can be a hard look to pull off if you’re over the age of 25 and not built like a waif, as it goes hand in hand with the Kate Moss  ‘heroin chic’ thing that photographers all loved but the Daily Mail got very cross about.

With a bit of accessorising, you can look fantastic in a strappy dress, even in the winter. Just pop on some Wingz underneath if you get a bit chilly, in 1992 such things weren’t invented so we all had to make do with big, baggy, usually chunky cardigans over our pretty little dresses and thick tights. Either that or we just froze, like Kate, above.

In 2016 you can also wear a short strappy dress over leggings to bring the look a bit up to date.

Statement tees and ripped jeans were everywhere in the early 90s, usually featuring either classic album covers or a band logo. Now we have the Internet, we don’t have to rely on HMV for our music and film tees, so click onto eBay or Amazon and you’ll find everything from Counting Crows to Smashing Pumpkins there to recreate your nineties sartorial style. Just throw on a plaid shirt over the top and frown a bit and you’ve got it nailed.

Do you remember the skinny, long sleeved see-through mesh and lace tees that some of us wore over our bras in the nineties? They were definitely for the women with smaller chests who wanted to show off their pretty bras; not advised if you’re wearing an over the shoulder boulder holder or a greying exhibit from the bottom of your bra drawer. Again see Kate Moss above. Although she isn’t wearing ANY bra.

It’s not an easy look to recreate almost 25 years later (especially if you remember it the first time) but you can always improvise with stretch lace Wingz under a vest top.

Here’s an example – the Larissa top by Reformation – this is how the look’s been updated for 2016 on the high street.

Will you be going all nineties grunge to keep up with the trend? Or do you think that plaid shirts and floral dresses belong in the last century?

PS: Check out our latest Facebook Competition: Just tell us about your claim to fame and win Wingz!