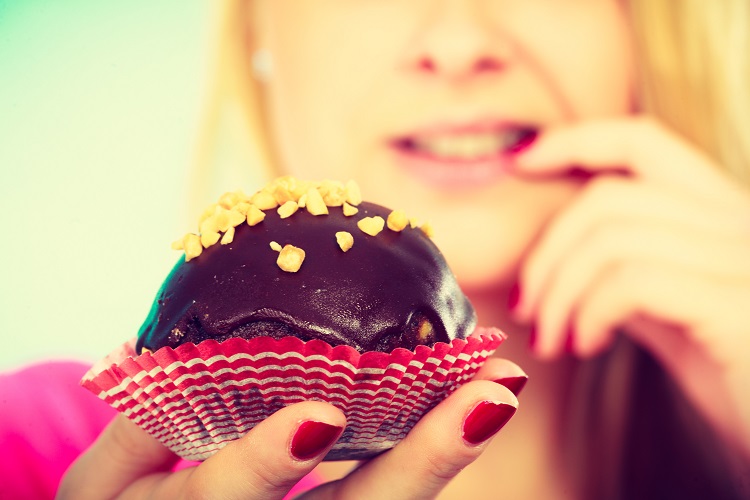 Why is it that women are always supposed to feel guilty about something?

It’s never worse than after a national holiday, especially one that traditionally involves loads of food, like Easter. All I’m seeing everywhere is self-flagellation about eating chocolate and yet more determination to ‘be good’. Guilty secrets, guilty pleasures and invitations to eat ‘guilt free’ versions of decent food that may well be as taste free as they are virtuous. I could understand it if they were eating something nice like cherries or a pile of healthy veggies with fresh salmon or something, but half the time they are eating horrible low fat versions of the types of food they were eating all over Easter anyway, in an attempt to fool their taste buds that they are still treating themselves to something nice.

The problem is that they’ll usually end up eating four of whatever it is in  a vain attempt to get some sense of taste from it, feel a bit sick and THEN feel guilty for eating four nasty fat free treat things instead of just the one.

Why do we have to feel guilty?*

I get really fed up with people telling me how guilty they feel for putting on weight, eating too much or daring to NOT diet in a world that only lets fat women exist if they hate themselves or diet their lives away. It’s always inspirational to see bloggers like the majestic Leah, who exclaims, “Something wonderful happens when you stop comparing yourselves to other people. How can you create anything that makes you happy if you have other people in your head?”

And that’s what we do have.

We have other people in our heads telling us that we’re too fat, too thin, too old, too greedy, too spotty, too boring…when all we want is to be left alone to be awesome!

The story behind Wingz is one that was born from body confidence – Michelle Ellis came up with the concept and designed them herself because of an ongoing medical problem, lipoedema, that wasn’t getting attention from the medical profession. The designs that Michelle created to solve her own fashion issues are now a massive hit with women everywhere. But lipoedema did make Michelle feel self conscious and she wanted to give women who weren’t feeling 100% confident, like her, something to give them a little bit of a boost.

I believe that Wingz are a genius fashion item, and personally I don’t have any issues with my bingo wings, I just love them because they are so handy. But I DO recognise that there are plenty of women who aren’t as nonplussed by a bit of arm exposure as I am and that’s just one of the reasons I think they are great.

I don’t think that ANYONE should feel guilty because they don’t fit into a beauty standard that’s set by the industry that makes money from our failure to achieve it. I think the so-called obesity crisis is caused, rather than helped, by the constant focus on diet, weight, and not being perfect. How many people do YOU know that have only ever been on one diet? They don’t work for 98% of people and meanwhile Slimming World, Lighter Life and Weight Watchers are getting fat profits while we try to stick to their diets, pay for their products and keep going back week after week, feeling rubbish because we didn’t have ANY Easter eggs but still gained a pound.

I think we should start a campaign. Hashtags all over Twitter and Instagram #notguilty with images of women, as we are, thin, fat, old or young, no make up if you feel like it and loads if you don’t. Stick it to the industries that feed off our guilt and unhappiness. Let THEM starve. What do you think?

*All opinions are Sarah Clark’s and not Wingz.