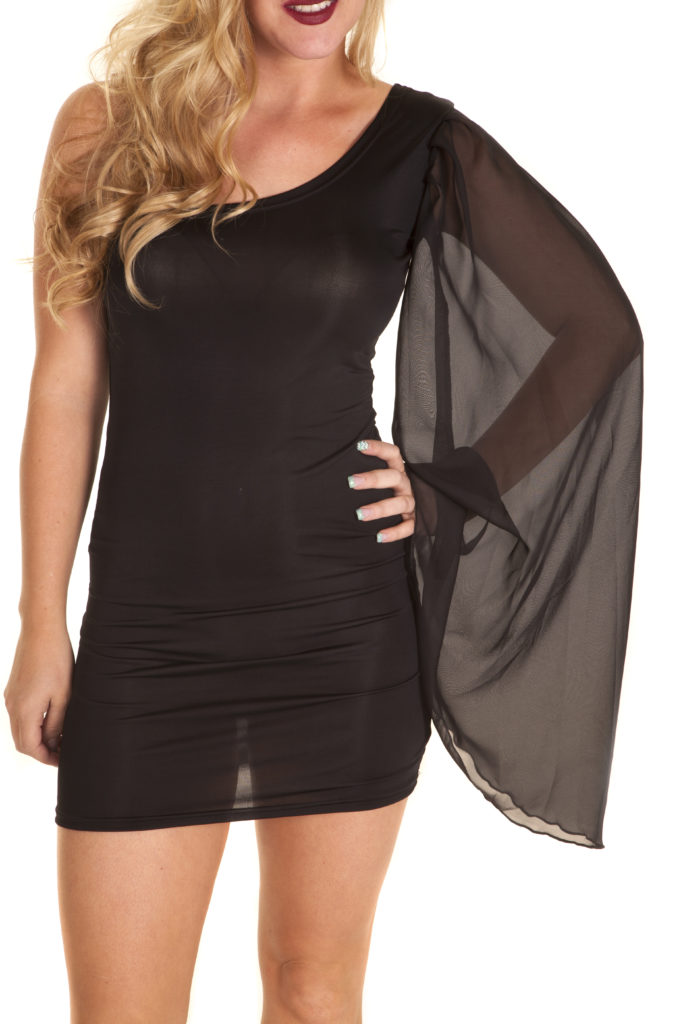 It might be February and the idea of wearing sheer anything is anathema, but all the signs are pointing to sheer fabrics being a major, and we mean MAJOR trend this spring and summer.

The catwalks and runways of September’s fashion shows were a big hint, and Berlin 2018 carried on the theme. While some of the trends were frankly unwearable (unless you had no real job, and were in a position to be able to hang around coffee shops Instagramming yourself all day), at least the penchant for sheer fabrics that many designers indulged is slightly more adaptable to the UK climate as well as our general sensibilities. While most of us don’t mind a bit of sheer sophistication when we’re out on a big night out, going see-through on a cold day or while walking around Aldi probably isn’t going to catch on.

So how does an average woman make the most of the sheer trend? Well, as with most of the things we’re told we should be wearing from season to season, less is definitely more. Think Angelina Jolie at the Golden Globes rather than completely transparent Christopher Kane.

Sheer panelling is a great way to use the trend without complete overkill.

Helen Lederer looked lovely in a blouse with sheer panelling and embroidery detail at the Writer’s Guild Awards this week; her pretty top embraced the sheer look but wasn’t in-your-face enough to look out of place or attention seeking. She manages to combine an understated style with 2018 high fashion without showing off acres of flesh.

You can go sheer in a panel like Helen, cover yourself in sheer black sophistication like Angelina without actually showing any flesh OR you can just try a see-through sleeve to give a hint of what lies beneath without having to flash any obvious cleavage (or anything else you’re not comfortable with showing off to the world.)

Up and coming US actress Storm Reid can show some older Hollywood stalwarts how it’s done when it comes to wearing sheer sleeves and owning the look. Only 14, she’s still considered important enough by the fashion pack to be invited to the Marie Claire ‘Image Maker’ awards – one to watch, we think?

Wingz has known that women love a bit of floaty fabric for years, so it’s no surprise to us that the see-through sleeve has taken off big style in 2018. Try it yourself with a set of Chiffon Wingz (available in lots of different styles and colours) – and now is the best time to try as we’re giving you a hefty 25% off ALL Wingz right now using the code ‘winter’ at checkout.

Are you embracing the sheer look in 2018?