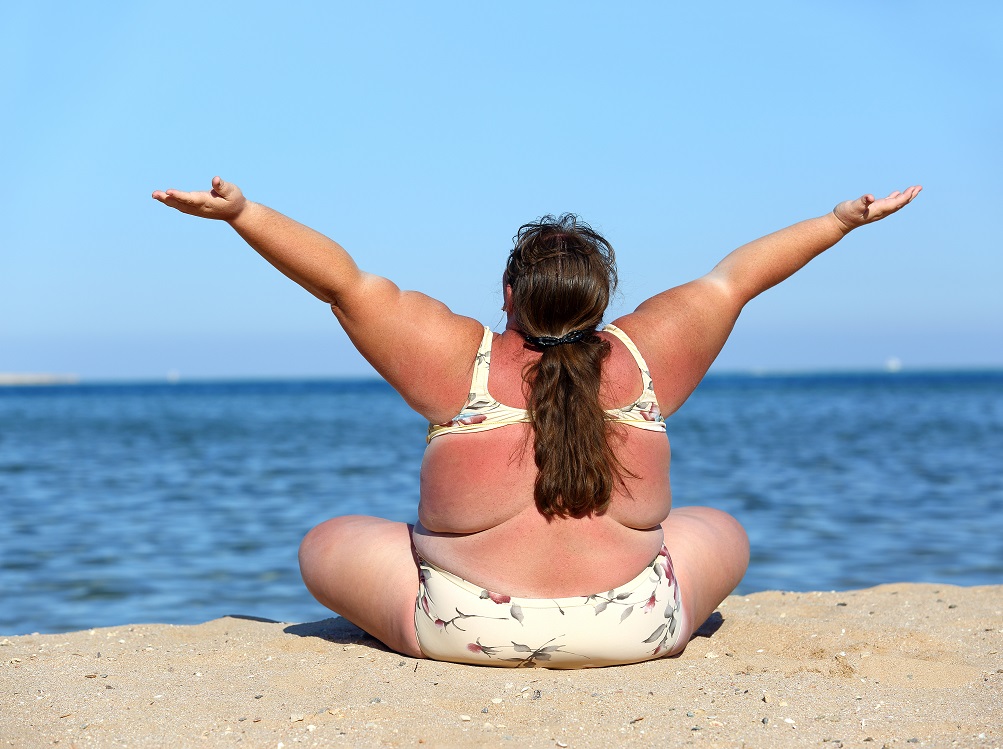 It’s started already – diet wars. We’re being subtly advised to lose weight before it’s too late and we miss out on another summer. Have you seen the latest crop of beach body headlines, bikini body diet adverts and invitations to slimming clubs? Enough already. Yes, this is a bit of a change of direction for Wingz but although we adore fashion and want everyone to look fabulous, we truly believe that the best thing you can wear this summer isn’t a beach body, it’s confidence.

Do you really think that finding the perfect bikini body diet is the answer to your body confidence and health woes? Stop right there. It doesn’t work. Even shows like The Biggest Loser where people lose vast amounts of weight prove the point that dieting is a waste of time.

A 2016 study (you can read about it here) showed that six years after dropping an average of 129 pounds (9 stone 3) on The Biggest Loser, the people who took part weren’t much better off. On average, they’d gained back 70 per cent of the weight they’d lost, and to make matters worse they found that their metabolism was shot – they were now burning a massive 500 fewer calories a day less than most people of the same size and age. So they did all that work and then found they couldn’t eat as much, and all the weight piled back on even though they ate normally.

If you saw the Channel 4 documentary; “Super Slimmers, did they keep the weight off?” you’ll know that this doesn’t just apply to The Biggest Loser contestants. Diet club members and meal replacement diet followers were followed up to see how they were doing after large weight losses and guess what? Most of them had gained some if not all of it back. Some were even fatter.

You don’t want that, do you?

It’s all because of your brain, and neuroscience.

Your brain doesn’t want you to lose weight and will fight tooth and nail to make you gain it back if you do.  It uses helpful tools like metabolic suppression to make sure that you stay more or less in the same weight range as it’s used to. The range varies but is determined by your genetics and your environment – both nature and nurture have a part to play. If you drop below a weight that your brain is happy with and used to, it plays tricks like switching your metabolism down, producing more hunger hormones and making you think about food ALL the time. This is especially true if you lose a lot of weight very fast. Your brain thinks you’re starving, it’s trying to help. It’s triggered by survival mechanisms that don’t recognise Slim Fast adverts and think you need to eat.

But think about your HEALTH!

Back in 2013 a large scale study took results from a wide range of other studies, analysed them and found that the health improvements that some dieters reported had no actual relationship to the amount of weight they’d lost. What’s more, fatties could be just as healthy if they looked after themselves; obese people who exercised, ate lots of fruit and vegetables and didn’t smoke were no more likely to die young than normal-weight people with a similar lifestyle.

Owning the body you have, ditching the bikini body diet mentality and enjoying your life is better for your physical and mental health than poring over diet magazines and monitoring every mouthful. And all you need to get a perfect bikini body this summer is – a bikini…and a body to put in it.

You’re flipping gorgeous, you are!