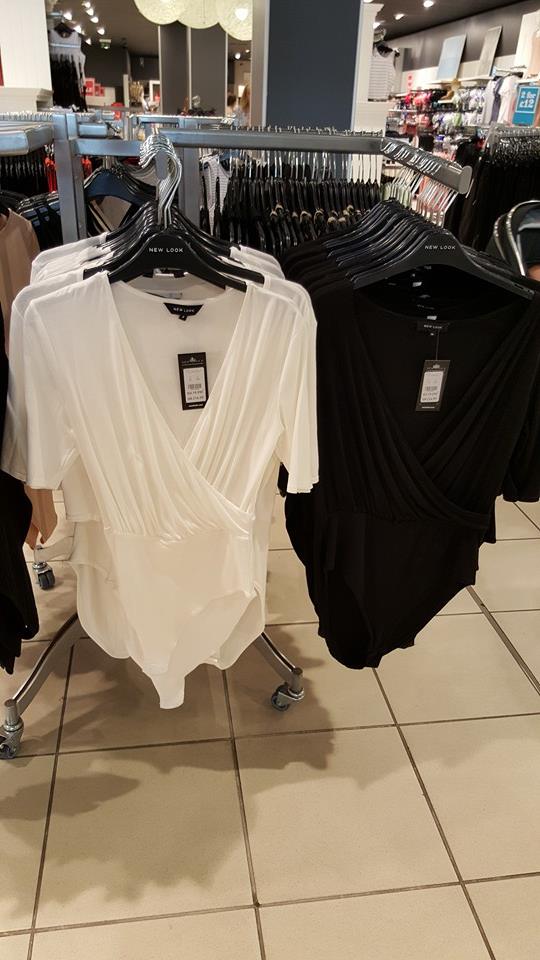 So, whose great idea was it to bring back THE BODYSUIT?

If you look in any branch of New Look you’ll see racks of the things, different designs, long and short sleeves, any colour you can think of. They look like such a good idea, hanging innocently on their hangers, don’t they? But in reality, they are clearly the work of the devil.

The first inkling that this nineties wardrobe staple was coming back again was about 18 months ago, when US designer Alix Alvarez introduced bodysuits into her ‘minimalist’ collection. The justification for this sounds sensible, she told Suitcase magazine that, “The endless ways you can wear just one style is what makes the bodysuits a go-to piece that every woman needs in her closet.

“I describe it as being equivalent to a t-shirt, but it’s really an upgraded t-shirt because it can transform perfectly from a casual outfit to an elegant outfit and always flatters the shape of the body.”

You can’t really argue with that, can you? Last year, US Vogue tried to encourage us all into wearing bodies, with an article that waxed very lyrical about this much-maligned nineties accessory,

Glamour has now made the lace-up bodysuit one of its top fashion trends for 2016, and pointed out how effortlessly gorgeous Lily Aldridge looked in hers. Yup, she looks fantastic. But she IS a Victoria’s Secret model. ELLE suggested that the body should replace your t-shirts. I’m getting 1992 deja-vu here…

This elegant T by Alexander Wang body suit is similar to the one worn by Lily Aldridge and Kendall Jenner, which looked amazing with jeans. You can buy one on Net A Porter for £130. 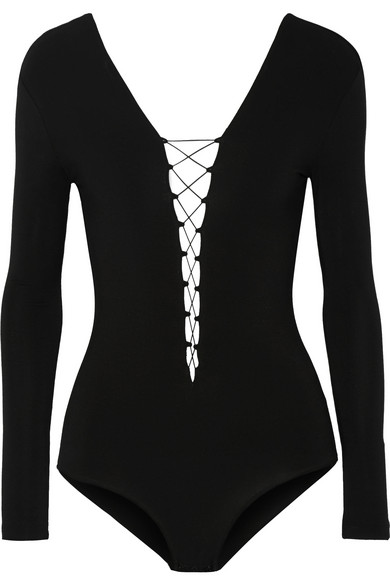 In reality, for most of us the bodysuit is not elegant. They look great under jeans, granted. But anyone with less than perfect proportions is likely to suffer from serious wardrobe malfunctions if they attempt to wear a bodysuit for more than half an hour, or worse, try to sit down in it.

It’s not so much the look, it’s the logistics that present the problem. A quick Twitter post generated tweets of absolute horror from women who wore them the first time around…

“Who decided they needed a revival?  Probably too young to remember popper shame…”

“Did you ever use the ones with hook and eyes, too? Eye-wateringly bad.”

“We remember being too tipsy to do it up, wandering round the pub with the flap hanging out your jeans.”

“The panic & horror of feeling all three poppers go and have to waddle to the nearest loo before it ends up round your waist!…”

“They were appalling items of clothing! There was a constant stream of wardrobe mishaps.”

“Once, when drunk, I caught a delicate area in a press stud. NEVER AGAIN.”

Will YOU be wearing a bodysuit this summer?